Short break for a long hiatus 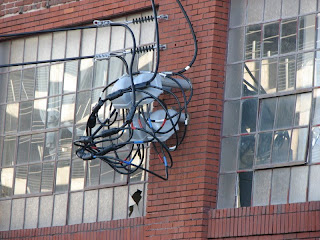 Hi! Anybody out there?
I guess twitter totally killed whatever energy I had for blogging :)
For lazy people like me, the fact that instead of inaccurately express your idea in a couple of paragraph you're able to slap one phrase and that's enough is fantastic... it doesn't even need to be coherent!


Noteworthy things that happen in between (in no particular order whatsoever):
Thanks for stopping by, I'll promise more useful posts in the future.
(I'm adding a totally unrelated picture of a alien spider I found lying on a wall)
3 comments: